The FileMaker platform is super flexible and makes it incredibly easy to start building custom software quickly. Yet it's this very feature that too often leads to coding nightmares: poorly planned development, code that is difficult to understand or translate to other developers, and solutions that become difficult and costly to maintain long-term. Years after it was created, it is easy to forget how a solution was developed, even if the solution has never changed hands, and the more complex an app becomes, the more likely it is to break because of forgotten or invisible dependencies. If the solution does change hands, it can be more difficult to decipher.

We strive to evolve our development systems and processes to minimize these scenarios. One way we've done that is to create and train developers on a development framework for our FileMaker solutions based on software industry best practices and innovative FileMaker-specific practices that vastly reduce dependencies and code redundancy. We perpetually refine our framework to allow us to create apps that are easy to modify and maintain, while retaining enough flexibility to take full advantage of FileMaker's rapid development features for customizing software to serve our clients' unique organizations.

Our framework borrows from the time-tested principles of the model-view-controller (MVC) design pattern and object-oriented programming (OOP). These principles allow us to organize and code solutions in a way that is modular, easily extensible, and self-documenting. More specifically, many of the ideas on which our framework is based come from WebObjects, Apple's integrated suite of Java frameworks for rapidly developing scalable, sophisticated Internet and Enterprise applications. Apple no longer sells WebObjects, but we have done our best to adapt some of the brilliance behind that suite of tools to FileMaker development.

Below is a brief overview of how we use MVC and OOP principles along with standardized methods in FileMaker to reduce code redundancy in our solutions to prevent our code from becoming a nightmare for our clients.

The MVC design pattern separates a software solution into 3 parts: the Model, which describes the structure and characteristics of data stored and used by the solution, the View, or the visual presentation of information to a user, and the Controller, which controls how the Model, View and the user of the solution interact.

The advantages of using the MVC pattern include:

The intention behind these cryptic-sounding principles is to make software design more understandable, flexible and maintainable. Many modern programming languages follow the principles of OOP to varying degrees. Though the FileMaker platform is not a programming language of this sort, we've found that the principles of OOP still provide ways to make our solutions more understandable, flexible and maintainable.

How We Use MVC and OOP in the FileMaker Platform

Because FileMaker combines layouts, scripts, and data structure into one integrated development platform, it is not possible to completely separate the Controller out of a FileMaker solution, since some of the Controller is built into FileMaker itself. Instead, we use what's commonly known in the FileMaker developer community as the data separation model to separate our solutions into at least 2 files: the data (model) and one or more interface (view) files, and divide the scripts (controller) between them.

Data File: the Model (and Controller)

Scripts in the data, or Model, file are organized as "methods" describing table "classes" in the data model: 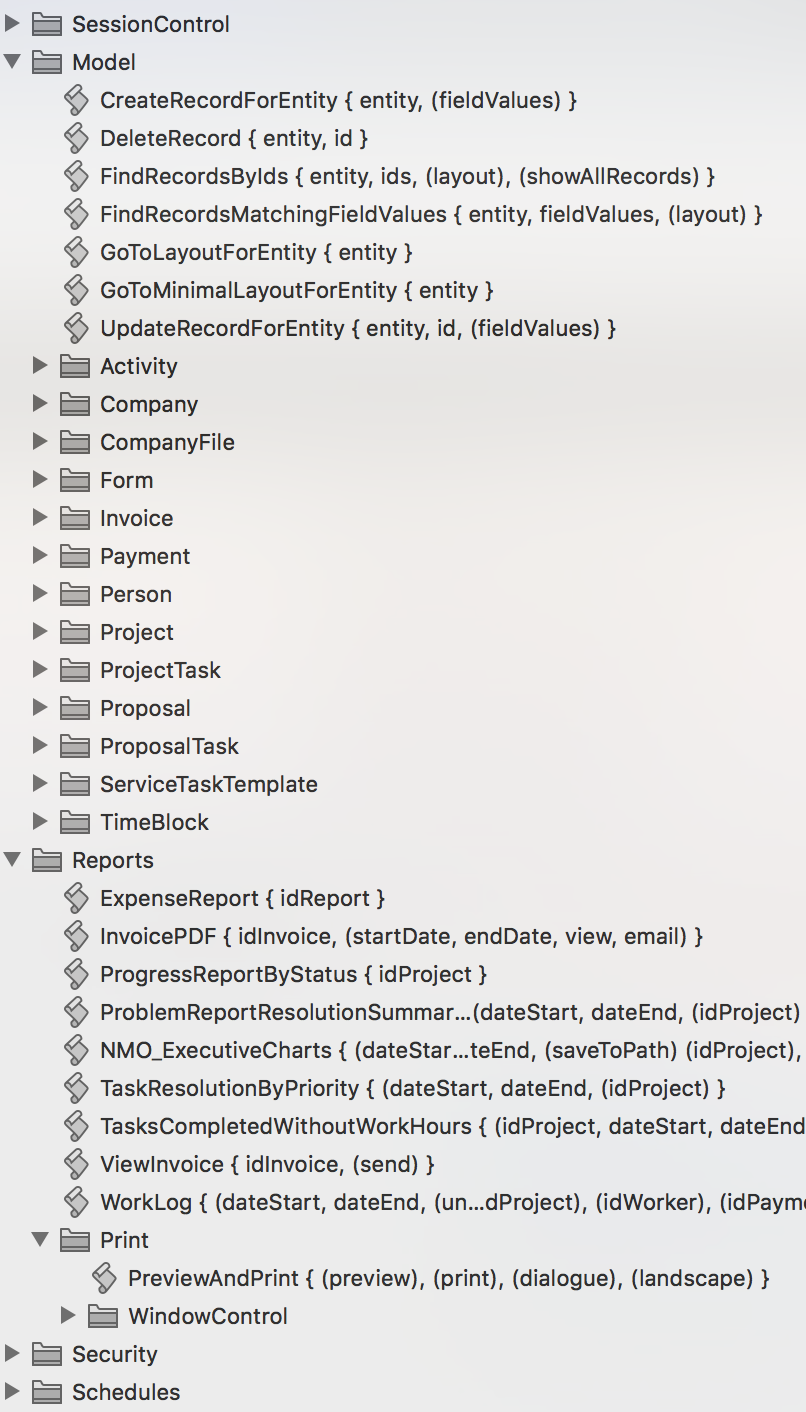 Interface File(s): the View (and Controller)

Script Organization in the Interface File

Our Development Framework Provides Extra Value to Our Clients

Beyond the above, we use consistent naming conventions for fields in our tables as well as our scripts, and consistent ways of designing our user interfaces to make reuse of layout components simple and efficient. We also use some FileMaker-specific tricks, such as defining business logic for record creation and deletion in the table definition itself to make the framework self-documenting and work flawlessly. I'll be writing more about these tips and tricks soon. 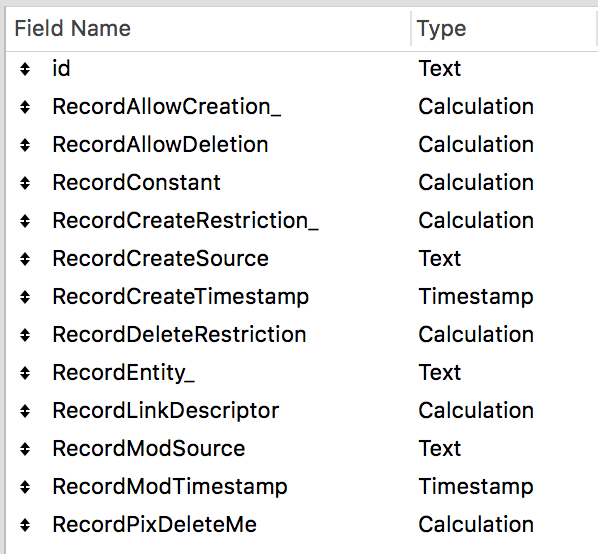 In summary, the FileMaker platform already makes custom app development quicker and simpler than other ways of programming software. Using our development framework does require at least a basic understanding of MVC and OOP principles. Yet the learning curve is worth the effort of training our developers because of the following benefits it brings to our clients: